～Greeting to the World from Takeshi Oshikawa, One & Only Professional Persuader in Japan, upon a New Comic Book Release～

The Vol.1 comic of “Parents who supplicate ‘Please kill my child’(「「子供を殺してください」という親たち 1 (BUNCH COMICS)) ”will be launched on August 9th. I wrote a column at the end of the comic about “why I chose comics now” with all my efforts. So, in this greeting, I would like to carry my thoughts from another angle. 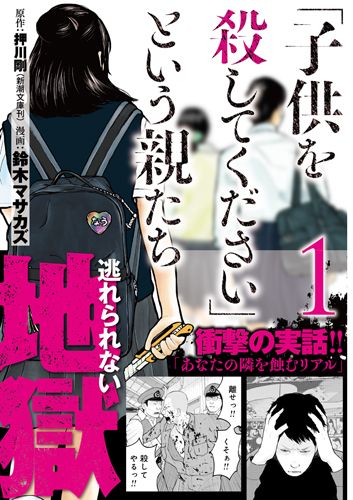 The word “human rights” is always being dogged with when involved in the field of mental health. The “human rights”, for me, is nothing more or less than “protecting people’s lives”. 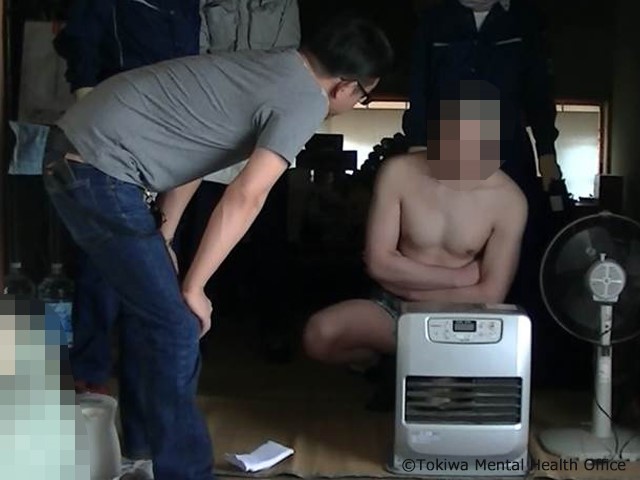 Photo at scene of Oshikawa’s persuasion: Case of a man in his 40’s. He has been diagnosed with bipolar disorder after hospitalization at a psychiatric hospital by Oshikawa’s successful persuasion.

He had withdrawn from society and retreated at home for 20 years. During all that time, he had never gone outside the house and mostly stayed naked in the house even in winter. He had been in absolute control of his parents by violence, treated them like his slaves and occupied the whole house. His parents had been forcibly to take care of him during all that time of 20 years.

“I killed my mother in my heart.”

Just days ago, I had a chance to hear about my friend’s actual experience of “life” matter. He suddenly started talking, “Actually, my mother has mania, and there was a really rough time at one time.”.

According to him, his mother had become violent and could not control her behavior some time ago. It was not just that her family was got pushed around by her, but also her neighbours; she went to their house and spewed invective at them, or scattered money, paper note and coins, at outside her house, and so on. They were all terrible behavior. He had already left the house at that time, and had his own family. She also went to his house all the time, like morning, noon and night, and she even seemed to cause harm to her grandchild.

“My father finally told me ‘I have to kill her’ and I also thought that is the choice I have to make if needed, back then.”

At that time, there were a lot of environmental changes for her, so he had assumed that her personality had varied according to her age and stresses for long time. He didn’t think about the possibility of “mental illness”. He had a doctor friend and told the doctor about her, and the doctor advised him that she might have dementia. Following doctor’s advice, he paid a visit to a medical institution for consultation and told that she might have mania, not dementia. Then, he decided to take his mother to a mental hospital for a medical examination, whether she has mental illness or not. It was extremely difficult to take her to the hospital since she resisted. Her neighbours knew about her condition, so they helped to take her to the hospital, and finally succeeded. She is diagnosed as mania and being hospitalized since she was extremely ill.

After hospitalization, her symptoms had settled by medication, but after discharge, she threw away all medicines, stopped medication. And her mania symptoms are relapsed, then rehospitalization. She had repeated a same cycle many times. In the meantime, luckily, a new effective drug had been developed, so she goes to see a doctor regularly and lives peacefully now.

Of course, he knows what I do for my work, so I asked “It seems you had so much trouble with your mother. Why didn’t you ask me advice for her situation?”

He shakes his head, and said “I never thought to ask someone advice for my mother’s situation because I completely stopped thinking about her, blot out all memory of her when I was not with her.”

“I luckily did not kill her in reality, but I certainly killed her in my heart.”

It is a heartfelt and real voice of a family who are in the midst of facing with seriously mentally ill individuals.

He continued, “As I read further Oshikawa-san’s book, it reminded me of my mother of that terrible time vividly. Honestly, it was very tough to read, but I knew I should not escape from the reality, so I motivated myself and read all the way through your book. New comic of your book means a lot to people who do not have much knowledge about mental health like me. Please write my mother’s episode one day.” 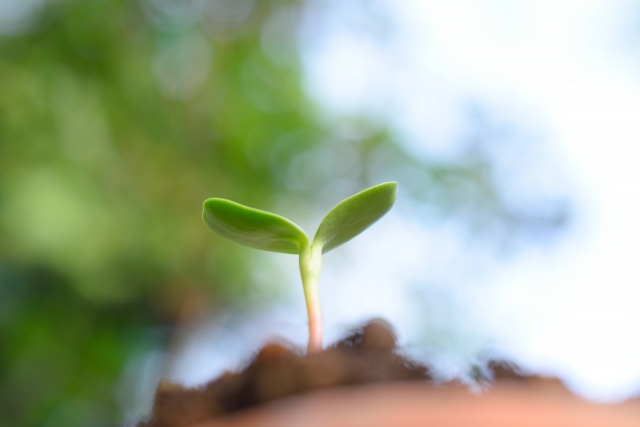 Go into a house, open the individual’s room door and “persuade” him/her is not only a mean to rescue dysfunctional families; some people criticize me so. Such a theory is effing obvious. There are tons of things family can do by themselves or get help of public services before they come to me for help.

“Families should try everything they can up to the last minute; nevertheless, if they could not solve the problem, then you might consider transferring the individual to an appropriate institution. Choosing mentally ill individuals transferring services is the last decision families should make.” That is what I wrote at the end column of my 1st book “Parents who cannot go into their children’s room”(「子供部屋に入れない親たち (知恵の森文庫)」). My stance has never changed since then. In fact, if parents who had never faced with their troubled children or tried nothing, come to me for help, I decline their offer for anything.

There are so many successful support stories out there, and I do not tend to criticize those stories for one thing or another. However, it seems to me that many of those stories are discussed and held conversations far away from “life”. There are seriously ill individuals who are no aware of their illness and possibly mentally ill individuals who have been hikikomori for long time etc. Within them, there are certain families who are already beyond limit, and in the extreme mental conditions; individuals and family members press on the accelerator towards the death each other. What should we do to rescue those families and solve their matters?

I always feel unreasonable that individuals and medical professions who advocate respect of human rights loud, talk nothing about measures of severe cases. What’s even worse is that they brush stories of severe cases under the carpet by saying like “It is overreact”, “It promotes discrimination” and treat severe cases as if they hardly exist. Mentally ill individuals who have no awareness of their illness have rights to take medical treatment and they are the people who should be taken on top priority to take appropriate medical care. Although, they are easily thrown to judicial judgements under the present Japanese mental health circumstances.

The importance of psychiatric care

I myself have experienced quite dangerous cases such as being stabbed or swung a knife by the individual. However, I am still living and didn’t finish my “life”. That is because those individuals have warm feelings as a human which has protected me ultimately.

There are many changes; in society, way family works and interaction with others. Given this factor, even “normal” people live with enormous stress under those many changes. It can’t be predicted when we lose our mental balance and fall into crisis of “life”. It means that the role of psychiatric care and public mental health & welfare services is significant. Above all, whether they can solve and fix the most difficult situation or not will be emphasis on in the days ahead.

As Japanese politics and economy power weaken, cosmetic measures or supports leaned on subsidies or subvention would be dumped into dustbin. The period that the professionals and professional institutions which deal with the most difficult treatment and support will survive and acquire a fair evaluation, will come. I predict so and have no doubt. 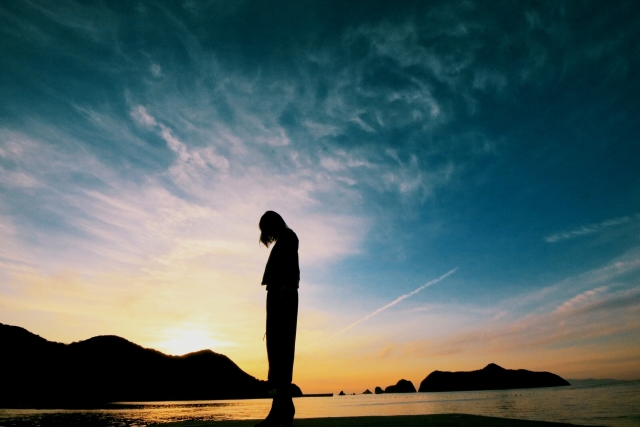 My friend who has lived overseas for a long time mentioned about my work.

“In overseas, people do not give their hands to people who do not raise their voice of ‘HELP’. For example, even though someone is laying down on the street or seems in need, he/she is referred as doing on his intention. It seems like an extreme case, but it is true. Though, if someone raises the voice of ‘HELP’, people would fully support him/her. In the case of Japan, the problem is still way behind that; it is still difficult for people to let out their voice of ‘HELP’.”

In fact, families who come to me for help, usually stopped short of killing their children or vice versa at the last instant and had a slight energy left to ask for help to a third person even though they are at extreme mental conditions. As the example given by my friend, there exists some individuals and their family members who cannot even raise their voice of ‘HELP’, and it is true that they are living for their life in the extreme condition at this moment.

Episodes of comic “Parents who supplicate ‘Please kill my child’(「子供を殺してください」という親たち 1 (BUNCH COMICS)) ”are based on actual stories. It could happen to anyone, but it reveals the facts which have never been disclosed. Coupled with Mr. Masakazu Suzuki’s (a comic artist of this comic book) powerful paintings, many feedbacks are like “scary”, “only fear”.

Please accept your feelings of “scary”, “only fear” as many voices of ‘HELP’ which are hidden all over Japan. Those episodes are not fiction, so please think and feel; “It is the reality of someone’s life”. I believe comics have a strong power to awaken your imagination vividly.

It is ‘too much for a bother’ for me to use my real name and appearance in comics. In effect, receiving false accusations and hate campaigns has increased since the comic series started. I receive so many complaints from the public. I am facing my personnel problem, too; my hair is recently getting thinner, but I try my best to keep the same hair style of me in the comics. I have so many ‘too much for a bother’ things as you can see, but I would overcome all sorts of troubles, because I strongly would like to convey the hidden voices of ‘HELP’ to the world. That is only my wish.

This comic tells the fact about “LIFE”.

As deinstitutionalization and community-based care has promoted, the importance of “life” is entrusted entirely to each of us. What would you do if people close to you like your family, neighbours or friends were in mortal danger caused by mental illness? Would you look away from them, eliminate them? Would you actually extend your hands to help them, or what?

Raising your voice is one way; “What measures does the government have?”, “What are local-government doing, shouldn’t they take care of them?”, “What are professionals doing?”. Whatever you do, each of us must give serious consideration.

It is accused how Japanese psychiatric care and mental health & welfare public services should be and it is stumbling right now. I myself have unwavering belief on that.To face with individuals’ and their families’ “life” with sincerity. Answers only exist there.

It would be greatly appreciated if you could pick up the comic “Parents who supplicate ‘Please kill my child’(「子供を殺してください」という親たち 1 (BUNCH COMICS)) ”and consider about “LIFE” thoroughly. 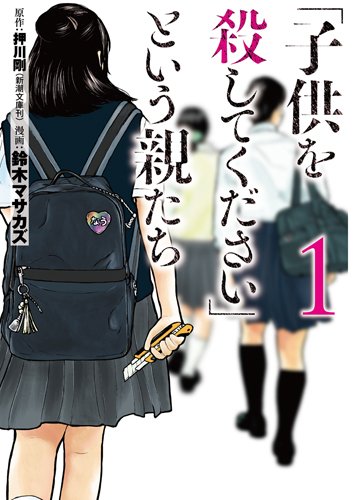 The Real Truth of Mental Health and Hikikomori in JapanHikikomori, Parents who supplicate ‘Please kill my child, mental health in Japan 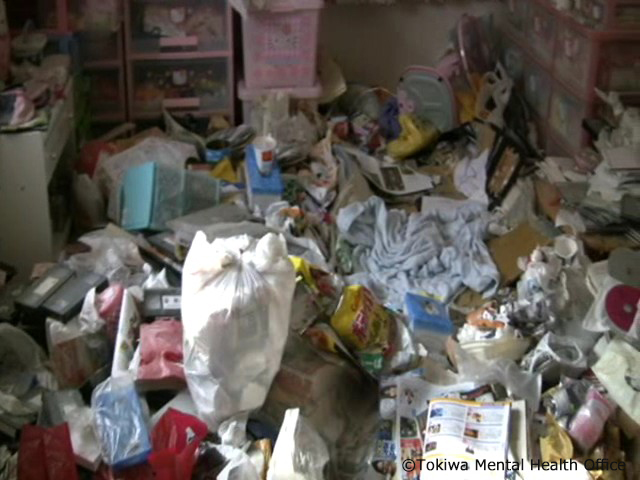 Many families come to me to seek ...